The education sector once again finds itself at the crossroads as CBC receives yet another setback in its implementation. The ministry of education and other stakeholders have been working round the clock to come up with various strategies that will aid the implementation of the new curriculum. 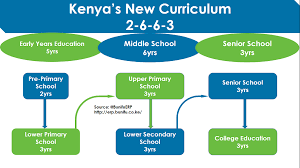 Among them is the one hundred per cent transition from primary level to secondary level. In this year’s admission many secondary schools are facing a big challenge as the number of students to join form one is overwhelming compared to previous years. This challenge is arising from 100% transition.

The 100% transition is posing a big challenge to many secondary schools. Among the problems faced by secondary schools due to this transition process is that some schools are forced to admit learners with very low KCPE marks as compared to their usual entry behaviour. Others are experiencing inadequate infrastructure and the few resources available are overstretched to accommodate the huge numbers of form one students.

President Nelson Havi of Kenya Law Society has taken to court the matter of competency-based curriculum implementation to be stopped citing that it is costly to parents. He is ready to challenge its implementation in a court of law.

CBC requirements are very many. Many books are required and new textbooks are also needed. This makes the new curriculum to be costly to parents. Parents had earlier raised their concerns on the implementation of CBC and are still crying because they must dig deep into their pockets to meet all the requirements for CBC implementation.

According to the parents, based on their arguments, the 8-4-4 system should not be abolished as it is far better than the competency-based curriculum.
The court of law is to decide the fate of the new curriculum.