Litein Boys High School has joined several schools which have been closed indefinitely across the country over student unrest.

According to area chief Moses Mutai, the students went on a rampage to protest over what they termed as high handedness of the school administration among other complaints.

The chief added that Moses added that the school Board of Management and the officials from the Ministry of Education decided of closing the school infinitely after a length discussion.

The chief revealed that the boys were forced to spend their night in the cold at the school playground and in the morning they were ordered to vacate the school premises.

With the recent rise in rioting and unrest among high school and university students, the Ministry of Education should be keen on the matter as we may be heading to the repeat of the 2016 disaster which left many schools set ablaze. The Education CS prof. Magoha and his counterpart Dr Fred Matiang’i should address this matter with urgency before it gets out of hand.

Students rampage and torching of dormitories has caused a lot of damage in Kenya including claiming the life of innocent children.

See also  Elections To Be Conducted Next Year August As Per The Constitution; Says IEBC Chair

Some of the most tragic school fire accidents in Kenyan history include; 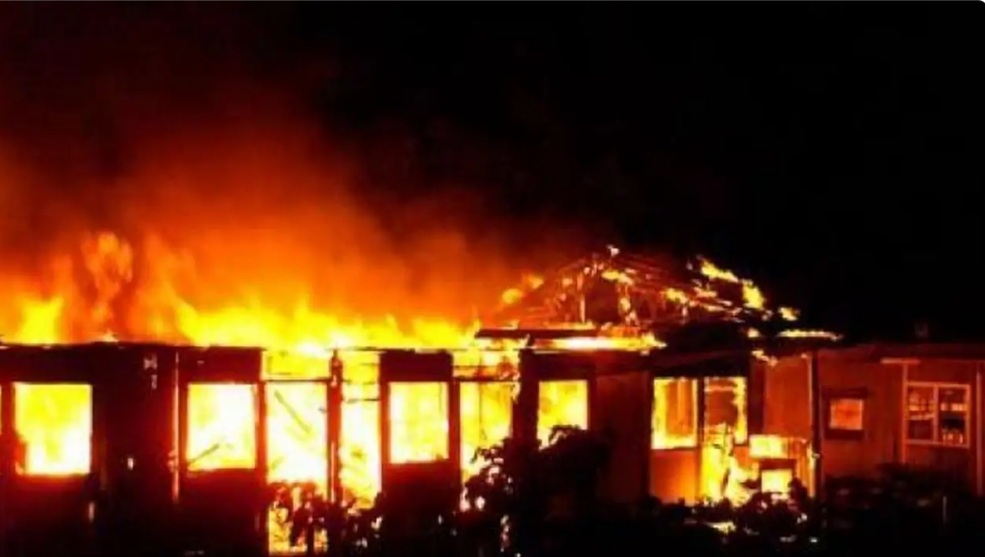 In 2001 students burnt down a dormitory where 63 students were burnt to death.

The fire incident occured in 1998. The fire claimed the life of 26 students. The name of the school was changed to Mazeras Memorial Secondary School. This school is located in Kwale County.

The fire incident occurred in 2012 where 8 innocent girls were claimed. This fire was believed to have been caused by a fault in electricity.

In 2017, a dormitory in Moi Girls Nairobi burnt down killing 7 students including one student who was helping the stranded students to escape.

The school is located in Kiambu County. In August 2015, two boys were killed in a fire incident.

Airport closed temporarily due to unrest