Revealed: Another Commission For Teachers As TSC Is Set To Split.

Members of parliament are now moving a petition to split the teachers service commission and deny it some powers which shall be handed to a new commission.

The former Knut Secretary General Wilson Sossion is in the forefront seeking to split the commission and give teachers another commission.

In his proposal, Sossion said that the teachers’ service commission should be split, teachers be given a new paymaster. 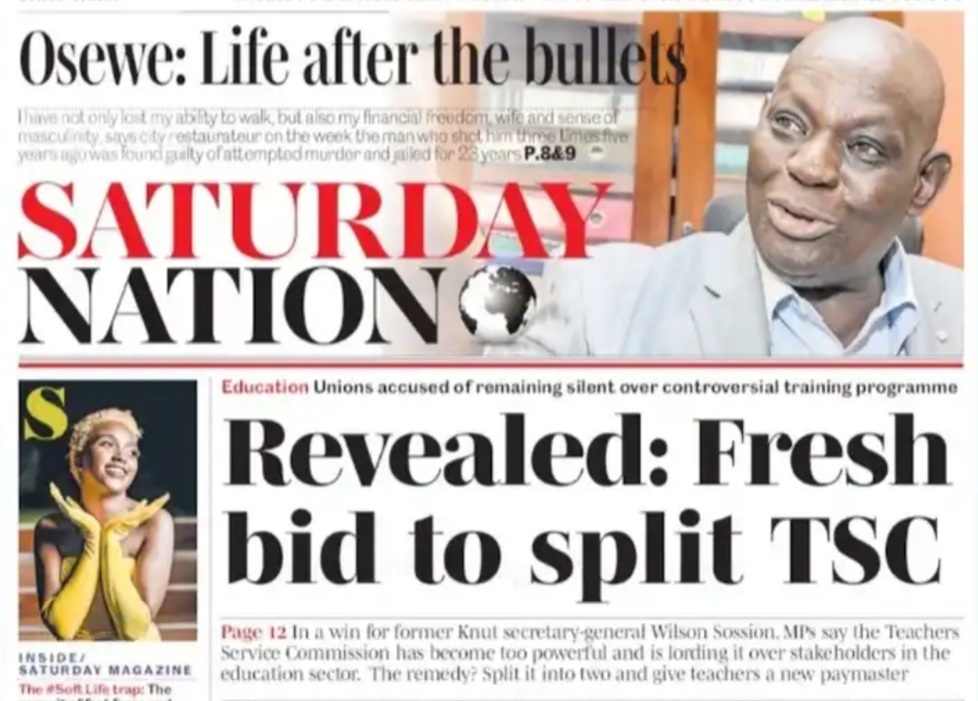 According, to Wilson Sossion, TSC will be left to deal with employment and discipline cases.

Sossion seeks to base his argument on what is taking place in the police sector. This sector has the national police service and IPOA.

He further said that the commission is up and down to ensure that all teachers remain poor and submissive to society.

Wilson Sossion also accused the teacher service commission of failure to remunerate teachers and protect their payslips just as other professions do. This has killed the morale of teachers across the country.

Sossion argues the commission has been given more power than even the ministry of education which should not be the case.

According to Sossion, this power given to the teacher service commission has proved to be very dangerous to the life of a teacher. He says they have been standing on the way to give directives to CRC. Even at a point when CRC feels that teachers should be paid well, the commission stands against and rejects the offer.

Teachers have received this move with jubilation having hopes that it will bear fruits. If the petition succeeds and is put into law then TSC will have to work in partnership with another commission for purposes of consultation before any action is taken.