A prominent education official exposed for sleeping with job-seeking teachers

A prominent education official has been exposed to the public for allegedly sleeping with teachers and graduates who visit his office to seek jobs and promotions before granting the their requests.

The education official is said to be opportunistic to this desperate teachers and graduates who visit his office while on a job-seeking mission.

In a news report shared by the Swahili Times, it was revealed that the government has been aware of this for some time and for this reason, they  promised to conduct an investigation to find out what is taking place behind the curtains and whether these allegations are true. 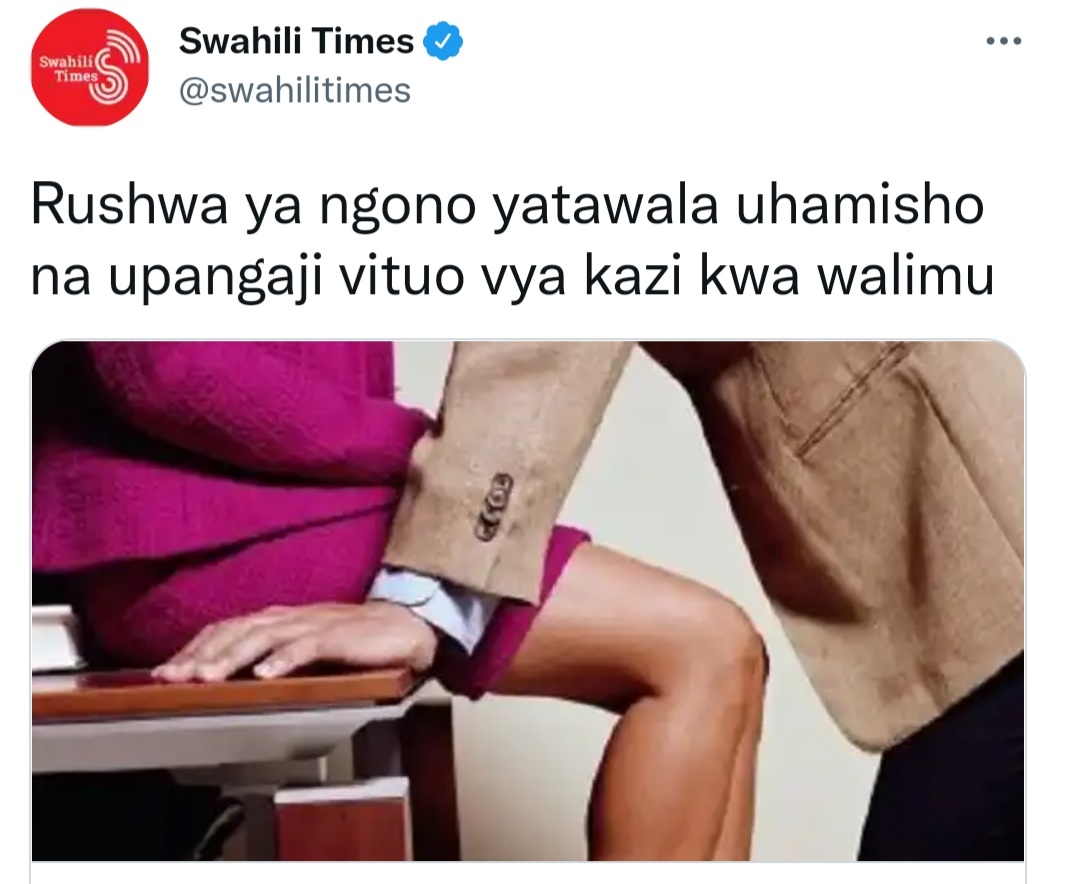 Reports indicate that the suspect, whose name has not yet been released, is doing so. Surprisingly, it also turned out that this is not just in this area or rather he is not the only one who is doing this. Several other officials are doing the in various offices.

“We have found that people are paying with s*x to find a job or get a promotion and for this reason, we are currently conducting an investigation to find out who and who is involved in this type of business,” the official said.

This is happening at a time when the Kenyan government has announced that it currently has a number of vacancies in the Ministry of Education.

According to reports from a reliable source, the Ministry of Education has revealed that it has more than 6,000 vacancies for this reason, Kenyans have been urged to go through the right procedure while seeking jobs and promotions.

The agency in charge of fight against corruption and bribery in public offices in Dodoma District has said that they are going to use full force of the law against the education official exposed and any other official found culpable to misuse of public office.

The official(s) will be arraigned in court once the investigation is complete and are found guilty.