Form One learners will not report to school as scheduled earlier. The form one reporting date has been changed from May 3 to May 4, 2022.

The holiday was announced on Tuesday, May 3, Permanent Secretary of Basic Education Julius Jawan said in a memo on Wednesday.

In a gazette notice on Tuesday, Interior Cabinet Secretary Fred Matiyang’i declared May 3 a public holiday in honor of Eid al-Fitr.

“As a result, it has been decided that the reporting date for Form One students will be May 4, 2022,” Jwan said.

The memo was addressed to the regional and county education directors, who were instructed to ensure that all schools across the country were informed of the changes.

More than 1.2 million students are expected to join secondary schools after completing their 2021 KCPE exams in early March.

Education CS George Magoha said all students appearing for the exams would secure Form One places in line with the government’s 100 per cent transition.

Another 726,311 students will be enrolled in subcounty schools while 2,045 students have been placed in special needs schools.

Magoha warned head teachers against imposing unreasonable demands on Form One students when they report.

He sent a stern warning to the school heads, accusing them of denying admission to deserving students due to random things not approved by the ministry.

Magoha also banned schools from asking students to report with items such as hockey sticks, matches (panga) and hoses (jams) which he said were not educationally relevant.

According to Cabinet Secretary, the move is in line with the government’s goal of protecting parents from the unnecessary burden of unnecessary expenses and making basic education affordable. 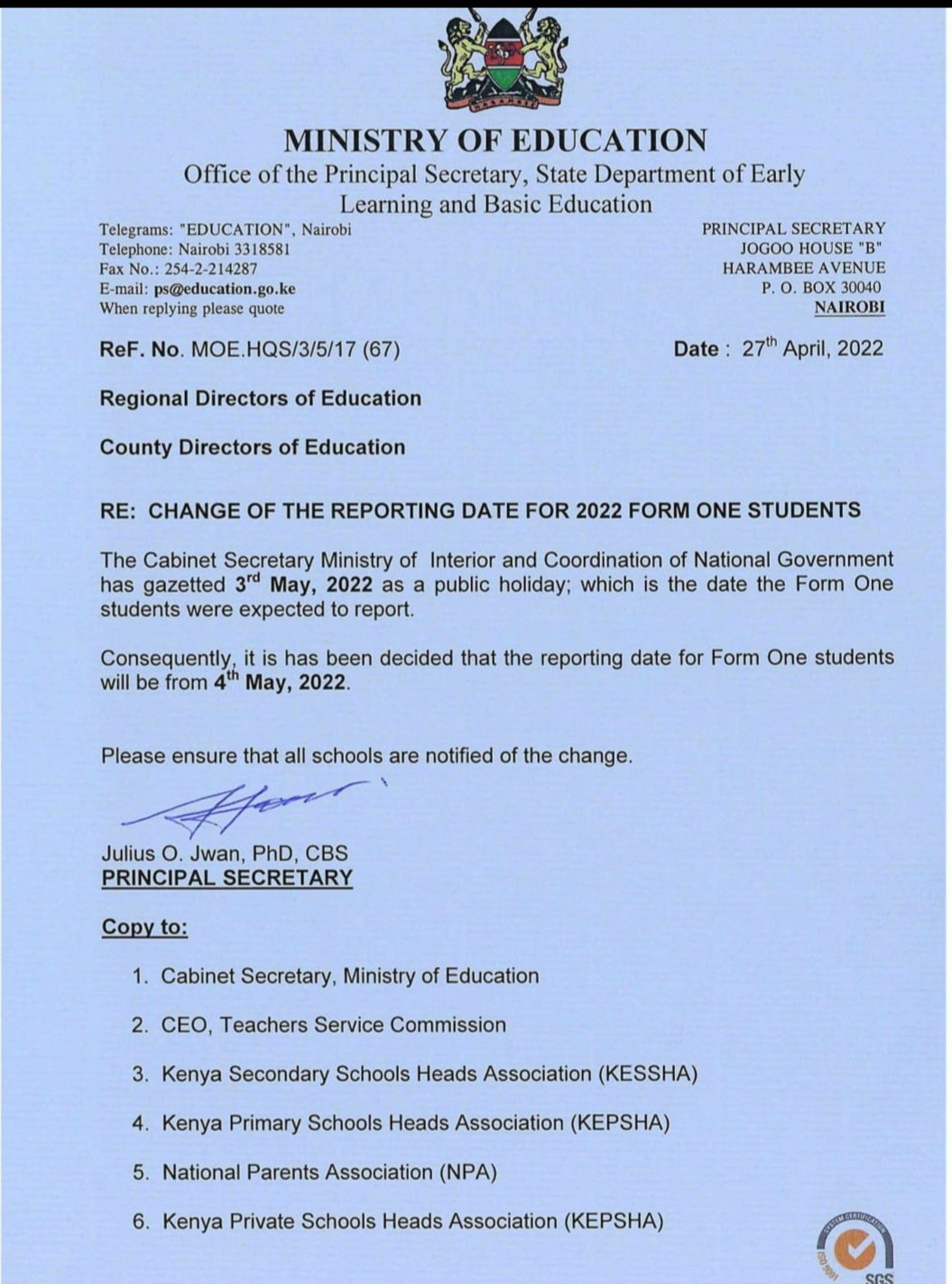