The Kisii School Principal has caught the attention of teachers and students after using Police Officers and Sniff dogs to  frisk students on opening day where in the process one student has been caught with bhang.

Students in both primary and secondary schools have officially started to report back to school after a holiday of several weeks.

Students starting from form 2-4 will be starting their 2022 first term while those who finished class eight will be joining them starting early next month.

The frisking process in Kisii Boys High School on reporting today has caught the attention of Kenyans is how the security was very tight.

The officers in uniform were deployed to frisk students before they are allowed into the school compound.

They were also using sniff dogs whose main work is to establish if there was something illegal inside the students’ shopping.

Some students are well known for being very tricky and they can carry illegal products into the school compound.

The last term of the 2021 academic year Kenyans witnessed several indiscipline cases from a good number of schools.

Students burnt down their schools after accessing petrol from outside. Schools are now using more secure means to ensure that students don’t sneak with illegal goods into the school. 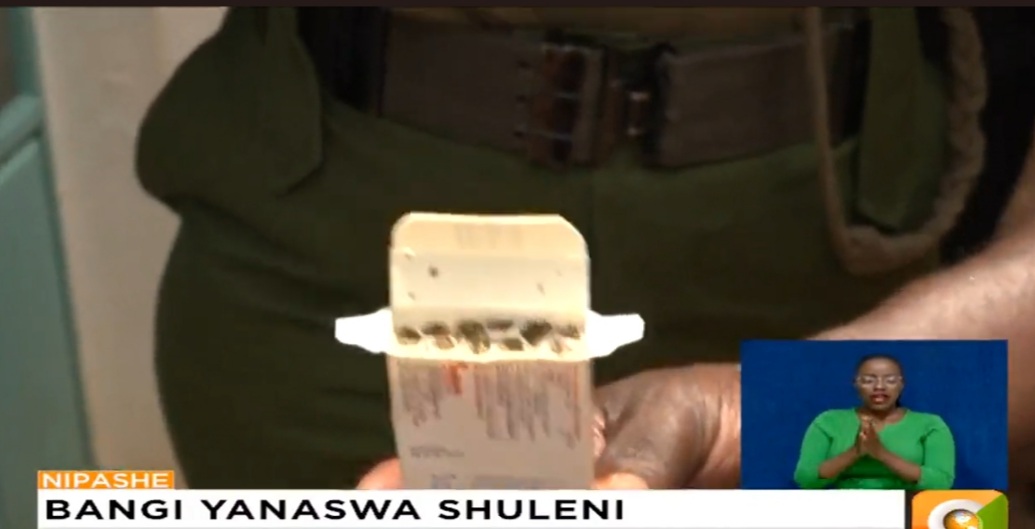 *NTSA Clarifies How To Apply For New Number Plates*

*56 people killed by storm in US, here are the most affected areas*