Periodic tables are scientific tables with organized array of all the chemical elements related to each in order of increasing atomic number.

Of all the scientific periodic tables known in the universe, the first periodic table was invented in 1869 by Dmitri Mendeleev in which the natural elements were arranged  according to the element’s atomic number, which revealed the basic blocks that makeup matter.

Before the invention of the periodic table by Dmitri Mendeleev there existed only 63 known elements, which different scientists tried to arrange.

Since the invention of the first periodic table, scientists have come up with various periodic tables that have varied arrangements aiming to geoup the similar elements.

Today there are over 116 known elements which several scientists have attempted to rearrange.

These attempts have led scientist to come up with weird-looking shapes of charts that represent these elements differently.

In this article, we shall look at the most common periodic table designs.

Dmitri Mendeleev while arranging chemical elements, he noted that physical and chemical properties of elements are related to their atomic mass and therefore he grouped them in such a way that elements with similar properties fell into vertical columns.

Using this kind of arrangement Dmitri Mendeleev, had gaps in his periodic table which he predicted rightly was for elements he had not discovered as yet, however, had correctly calculated their atomic mass and properties.

For instance, in 1875 when the element gallium was discovered was fitted correctly below aluminum.

This is the most common periodic table in the universe. In the Commoner’s periodic table, elements are arranged according to electron configuration, atomic number, and chemical properties.

This periodic table when looked at closely, is very similar to the Dmitri Mendeleev’s table.

This table further confirms the theories of Dmitri Mendeleev about the existence of more elements. 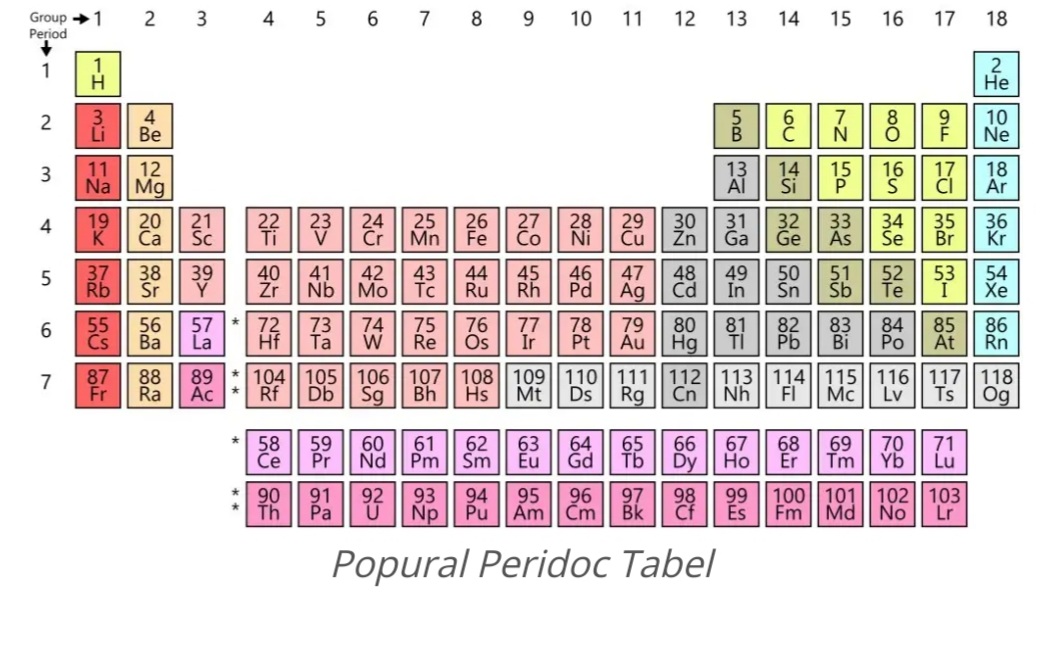 This one looks like a tower and it was designed in 2006 by Valery Timmerman based on the electron configuration of the number of quantum numbers. These numbers represent the movement and arrangement of elements in an atom.

This arrangement is based on an older table by Charles Janet, Valery Timmerman simply rearranges them basing on the distance of an electron from a nucleus of the atom. 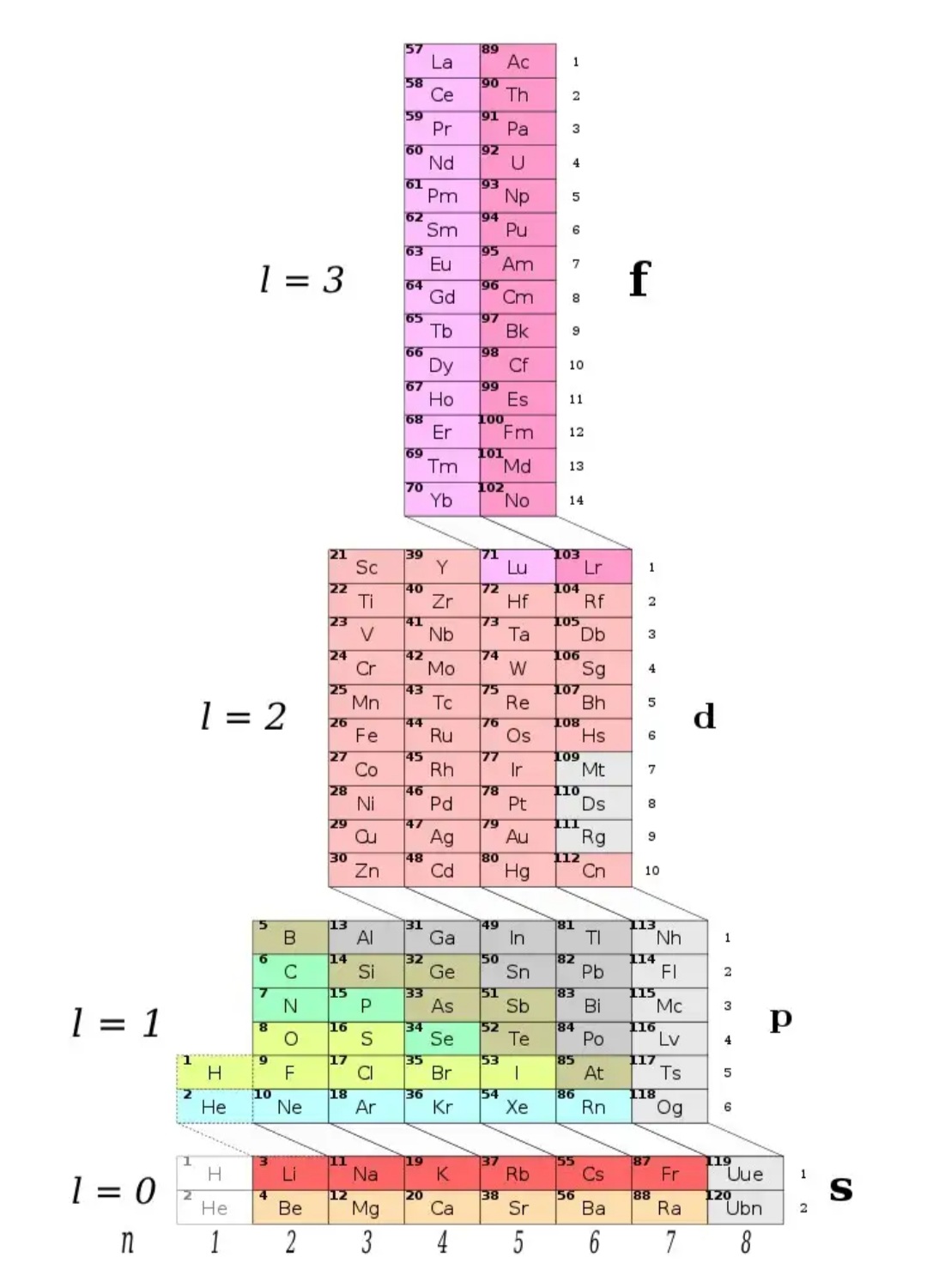 The spiral-like periodic table was created  by Theodor Benfey in 1964. The arrangement of elements in this periodic table is more about beauty than functionality.

Like a spiral, the periodic table starts with hydrogen and spirals out with division across each spiral basing on atomic number.

The spirals are divided into transitional metals, lanthanides, actinides, and the undiscovered superactinides.

Although this table has a very different layout from the two previous tables, one can pretty much tell that the atomic number is the basis upon which it was designed.

See also  *Why Some Learners Perform Well in Sciences and Mathematics* 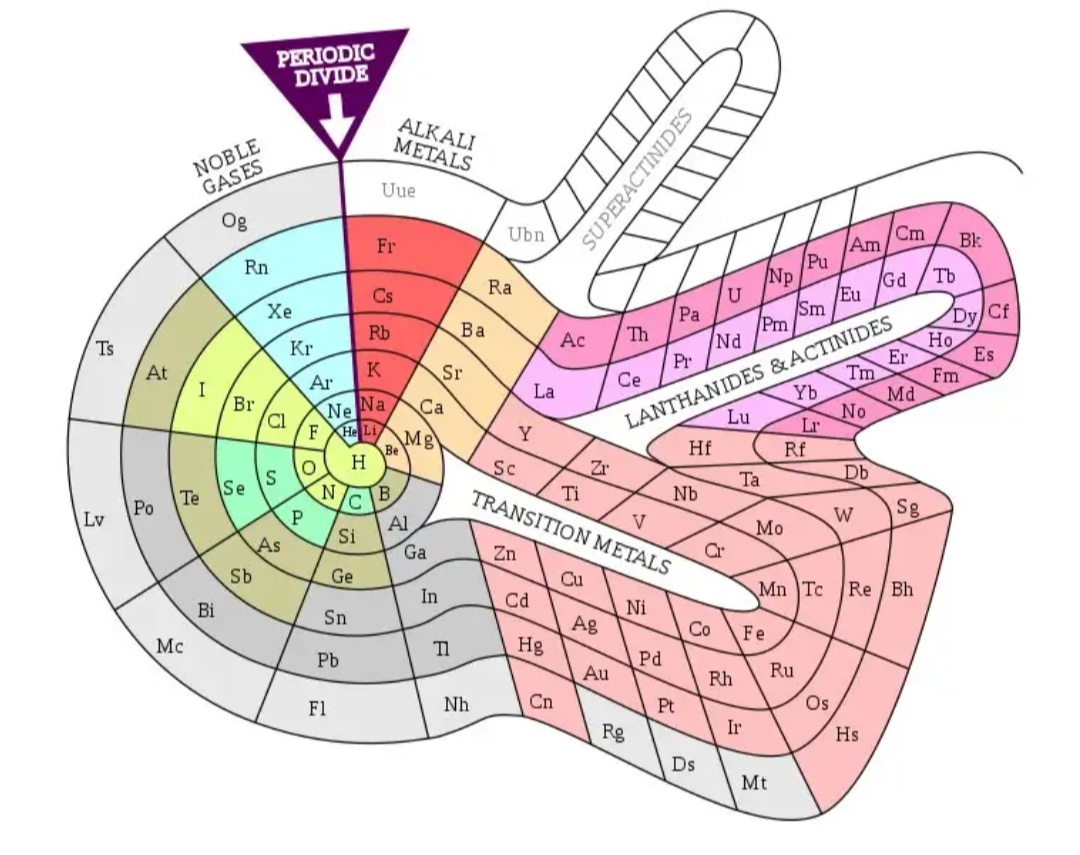 5. The periodic table that looks like a three dimensional flower (3d flower)

It is also referred to as “Flower Periodic Table” because it looks like a flower with the elements laid out on petals, although there are no hydrogen and helium elements in the arrangement.

The first petal has on the front alkaline metals and at the back, it has alkaline earth m petals on the back. the elements are grouped according to there qualities in terms of elements and these appear on the other colored sections.

This periodic table may take extra effort to understand and comprehend, however it is not as complicated as at first sight.

Once you understand the different element qualities then it becomes very easier to understand. 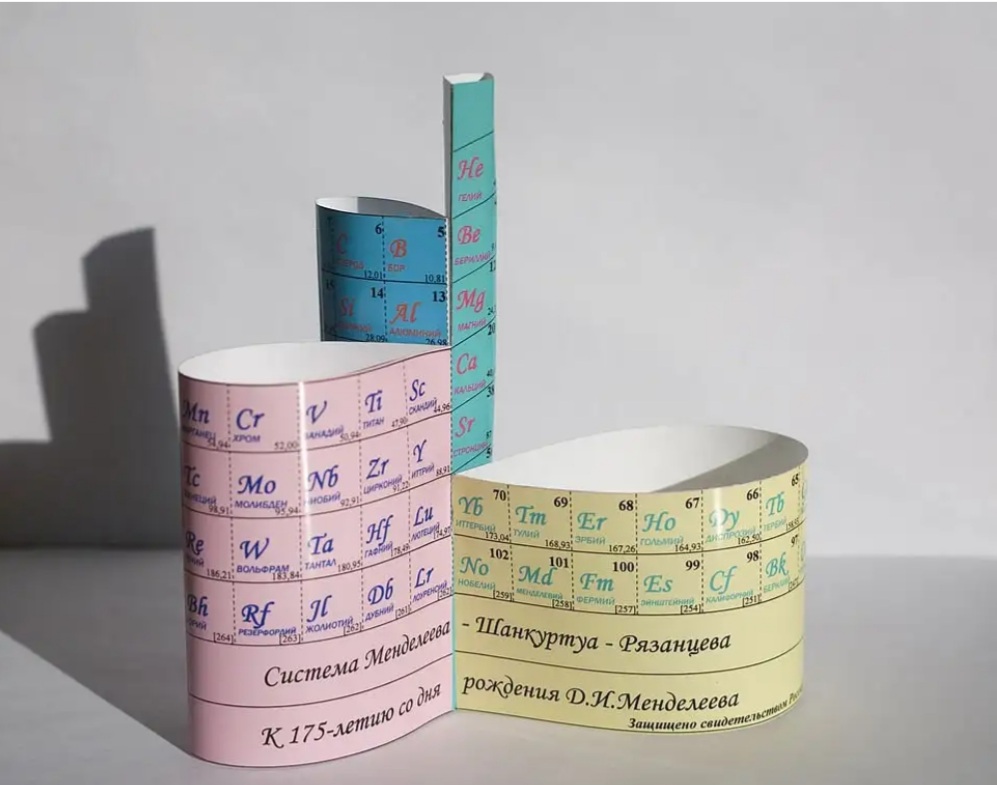 6. The ribbon of the rainbow (Rainbow Ribbon)

It is also referred to as the curled ribbon or the rainbow ribbon.

This periodic table was designed in 1975 by James Franklin Hyde who naturally thought that silicon was the core of all elements.

The table starts with hydrogen and then like a rainbow spirals out into different groups with colors highlighting the periodic relationships of a different element.

These curves and lines just represent the intensity of the elements with other elements.

There are other more periodic table designs that have been designed by different scientists in the universe.

*List of Crime Hot Spots as Marked by Police, Nairobi*

How COP27 Summit Might Change Livelihood of Many Kenyans

Attributing Factors to Rise In Death of Teanagers in Schools